I got a little side tracked this week.  I got back to sewing and realized I wanted to make 5 quilts for Christmas. You would think that would motivate me to work on them, but, after working on a couple of them I got distracted and decided my girls needed pillow cases. 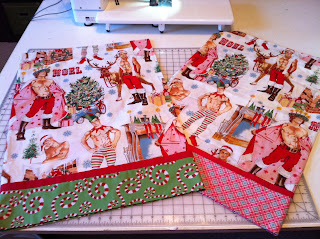 My LQS had Christmas fabric on sale and they had just enough of this Santa Hunk for two! 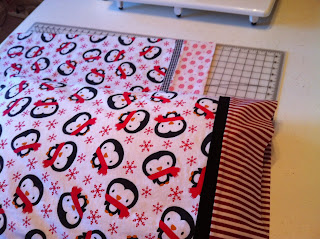 I also scrounged around and found this cute penguin flannel  and make a couple with other scraps I had. 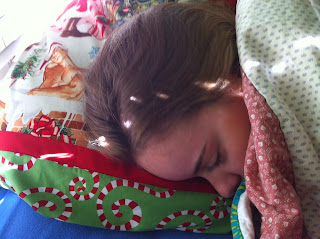 What I sew when not making quilts...

Its that time of the year, when I tell you what I have been doing since August.... 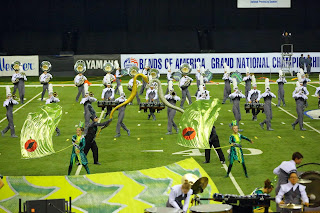 All the secret sewing that was done for the band flags that I can now tell about as the season is over. 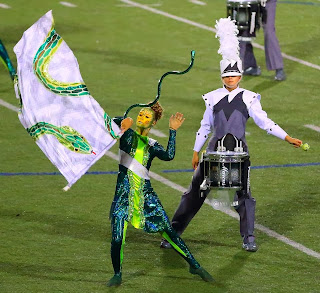 This year a lot of the flags were screen printed and the team constructed them (cut out, hem and make pole pocket) and enhanced them.  The flag above has three different colors of lame that was pseudo appliqued to both sides. 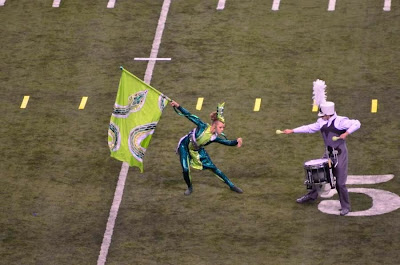 It was determined there was not enough contrast for the snake on the white, so all these flags were re-made, cutting out the snake and piecing into a green background. 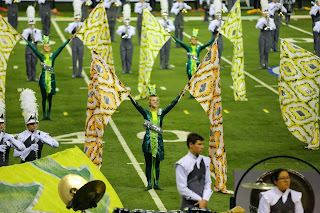 These two (above & below) were enhanced with lame in the center of the snake scale.  Sounds easy until you figure that there are 80 of the flags above, with 9 diamonds on each side for 1440 total. 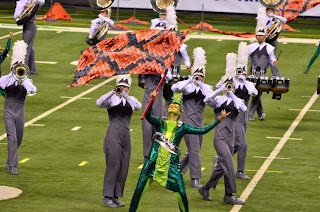 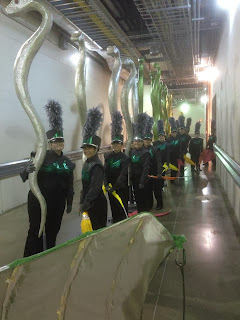 I also got to do some uniform work this year.  The shiny green was added to the 'M' on the chest and shako (hat) as well as buttons, all 396 buttons. 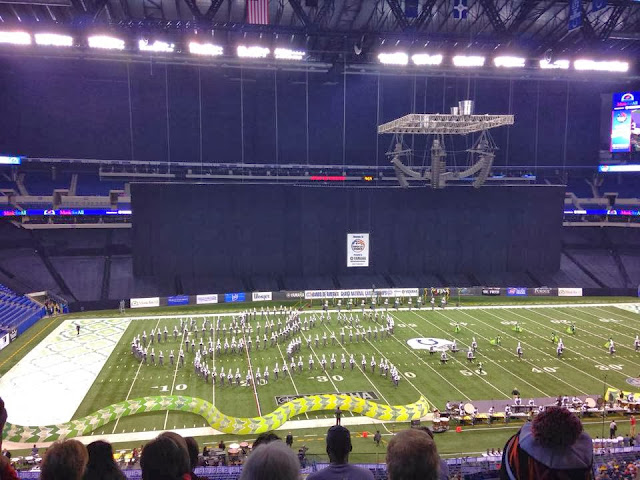 And this is the final product, the band at competition this past weekend at Grand Nationals!
Its been a great season, but I will admit that the first thing I did after the laundry from the trip was done is imagineer a quilt and go buy fabric for it.  Cutting to commence this evening.
﻿
Posted by Diane at 3:40 PM 2 comments: 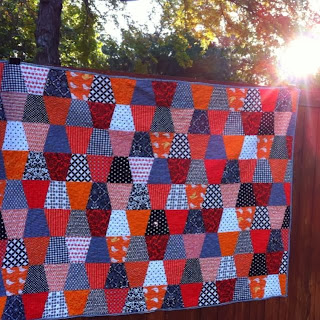 I completed this quit on the evening before Halloween!  I think that I will call is Candy Corn as the shapes remind me of that candy.  It has a solid orange flannel backing. I am in love with flannel backing right now, so warm and snuggly!
﻿
Posted by Diane at 12:38 PM 2 comments: