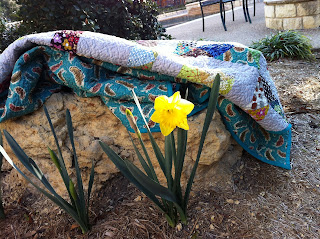 Spring?  I hope this is a sign that it is here for good.  My husband bought a bag of bulbs on clearance in the fall and we now have daffodils sprouting as a lovely spring surprise! 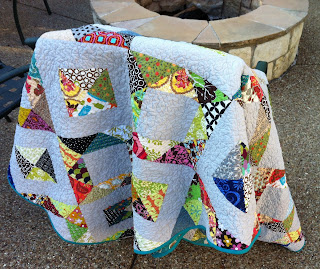 And to mark the end of the month, I have a UFO completed!  This HST quilt has been hanging out for sometime even after I got the top pieced and quilted I procrastinated on getting the binding on. 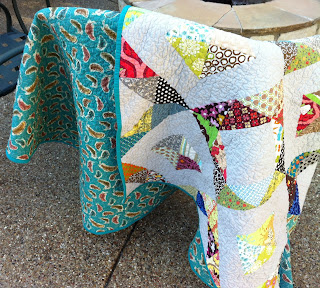 The backing is a super cute feather print that I bought just for this quilt shortly after I started the HST's.  The binding matches nicely, emerald green kona. 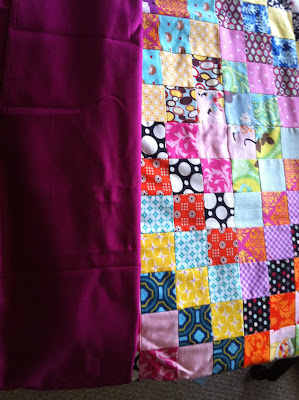 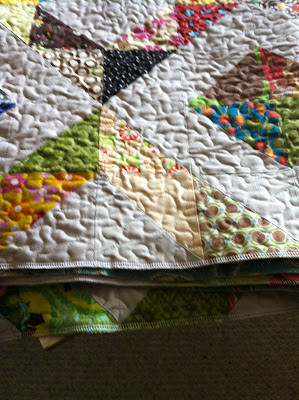 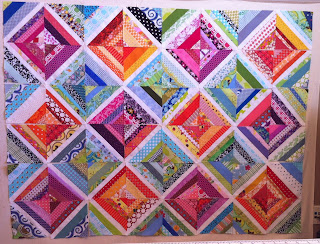 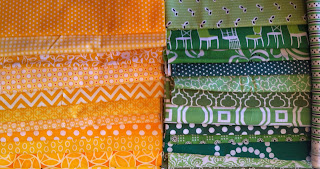 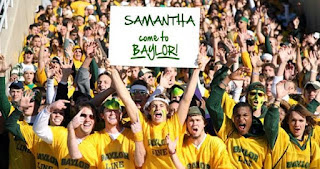 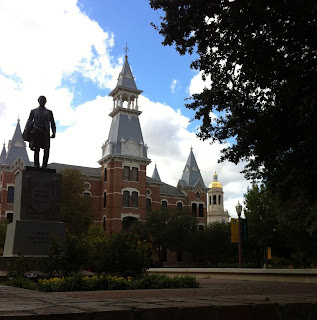 Where is my mojo?

Interrupting my sewing always ends up in a lag, I need a jump start to get restarted...
I was happy wiht getting the HST done, but now its quilted and sitting just waiting to be bound.
The Scrappy Trip-along has the perfect color for a border and is sitting waiting to be completed.
All the squares for the strip step-child are done too.... I just can't get the interest together to work on any of them. 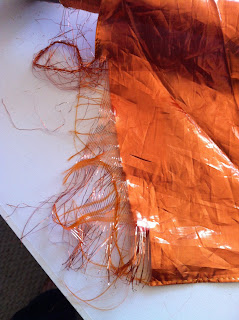 What I do have are flags, that fray and need to be fixed.  Above is a nice example of how this nasty foil lame frays, 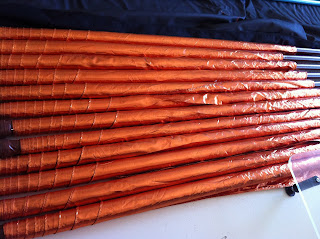 and here they look all neat after I trimmed and sewed the hems again, sometimes having to trim 3 inches because of fray....  Cotton quilt fabric does not fray, you would think that would be enough to excite me to work on my projects.