Will I ever sew quilts again? 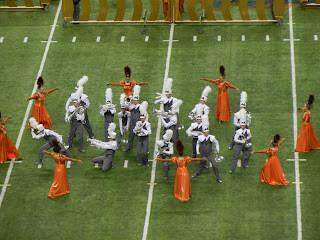 As noted prior, I have been consumed with sewing flags for our high school marching band show.   I thought I was done, but found that as the season drew to a close keeping the flags together became a full time activity.  Last week we traveled to San Antonio for BOA Super Regional followed by the Texas 5A (large school) state championships. 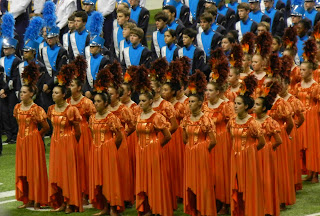 Here are the colorguard girls on the field waiting for the finals results for BOA where they ended up placing first. 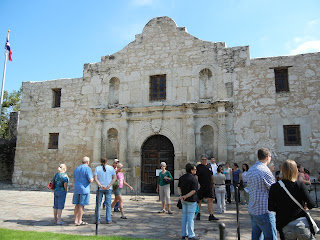 We took a little break between fixing flags and costumes and visited the Alamo while the band was visiting local high schools to squeeze in practice time. 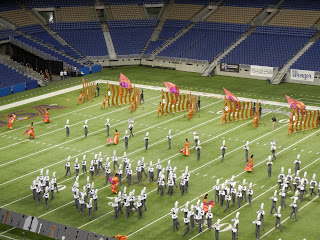 The last performance was bittersweet.  I loved the theme and show as a whole this year, truly beautiful.  Here are the last set of flags, the ones in the back are 80" by 120"... that's a lot of silk and lame. 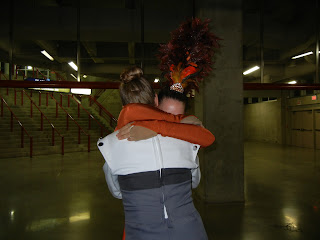 And in conclusion, my two band girls hugging upon exiting the stadium, State Champions for 2 more years.
(competition is rotates and is every other years, this will extend the band to 8 consecutive years)