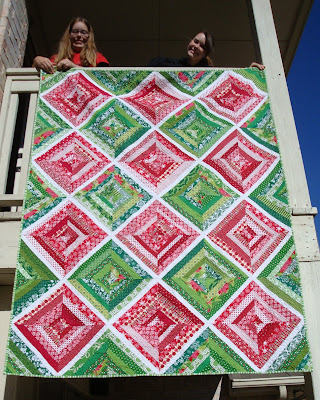 Its done, and I love it. My Christmas Quilt is completed and in its place on the couch to be admired and to snuggle in during the holiday season (not too much snuggling since its expected to be in the 70's all next week). In case of a cold snap its plenty large enough to snuggle ending up at 65" x 85". 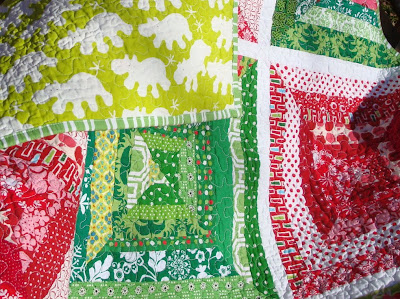 The backing is a yellow green I found at Ikea. I was going to use the dark green Michael Miller in the block above with some pieced blocks thrown in, but I could not get the 'snow bear' material out of my head and made an emergency trip to Ikea to get it.... ( BTW, Ikea is not close, its about 40 min away). My family says that they are hippos, but its my quilt and I can call them Scandinavian snow bears if I want to.